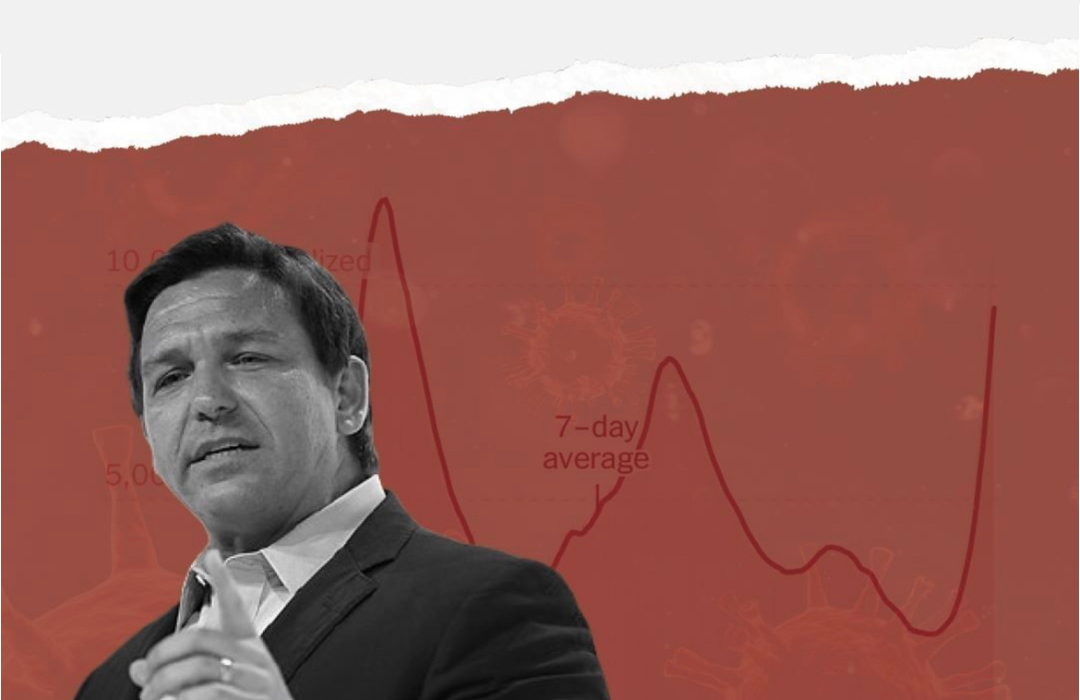 TALLAHASSEE — This week, Florida broke a record for the amount of Floridians hospitalized due to coronavirus, parents across the state nervously sent their children back to schools where mask mandates had been banned, and red tide continued to cause fish kills along the west coast. With the state in crisis, where will Governor Ron DeSantis be this weekend?

The answer is Nevada. Governor DeSantis will join noted insurrectionist Senator Tom Cotton in Incline Village, also known as “Income Village,” for a fundraiser with Big Tech moguls on Lake Tahoe. The Governor will also be in Gardnerville, Nevada for another GOP presidential cattle call, where he’ll be joined by American Conservative Union Chairman Matt Schlapp, who last month argued against the need for increasing vaccinations while using a racist term for COVID-19.

In response to the Governor’s continued absenteeism in the face of numerous crises and his comment yesterday that this unprecedented Covid spike is something Floridians “just have to deal with,” Florida Watch Executive Director Josh Weierbach and Progress Florida Executive Director Mark Ferrulo issued the following statements:

“Parents, teachers, doctors, and medical professionals have spent weeks begging Governor Ron DeSantis to offer real solutions to the Covid crisis facing Florida but all he has to offer is a ‘DeSantis 2024’ bumper sticker,” stated Josh Weierbach. “This governor’s utter disdain for doing the job he was elected to do would be laughable if his relentless drive to fulfill his ambition to be president wasn’t placing the health and safety of every Floridian, including our schoolchildren, at risk.”

“Once again, Governor Ron DeSantis is leaving Floridians behind in order to spend more time with the people he cares about most — 2024 Republican primary voters and wealthy corporate donors,” said Mark Ferrulo. “Unlike Florida’s west coast waterways choked with red tide and blue-green algae, the Governor’s top priority of putting his own political aspirations ahead of the needs of the people of our state is crystal clear.”