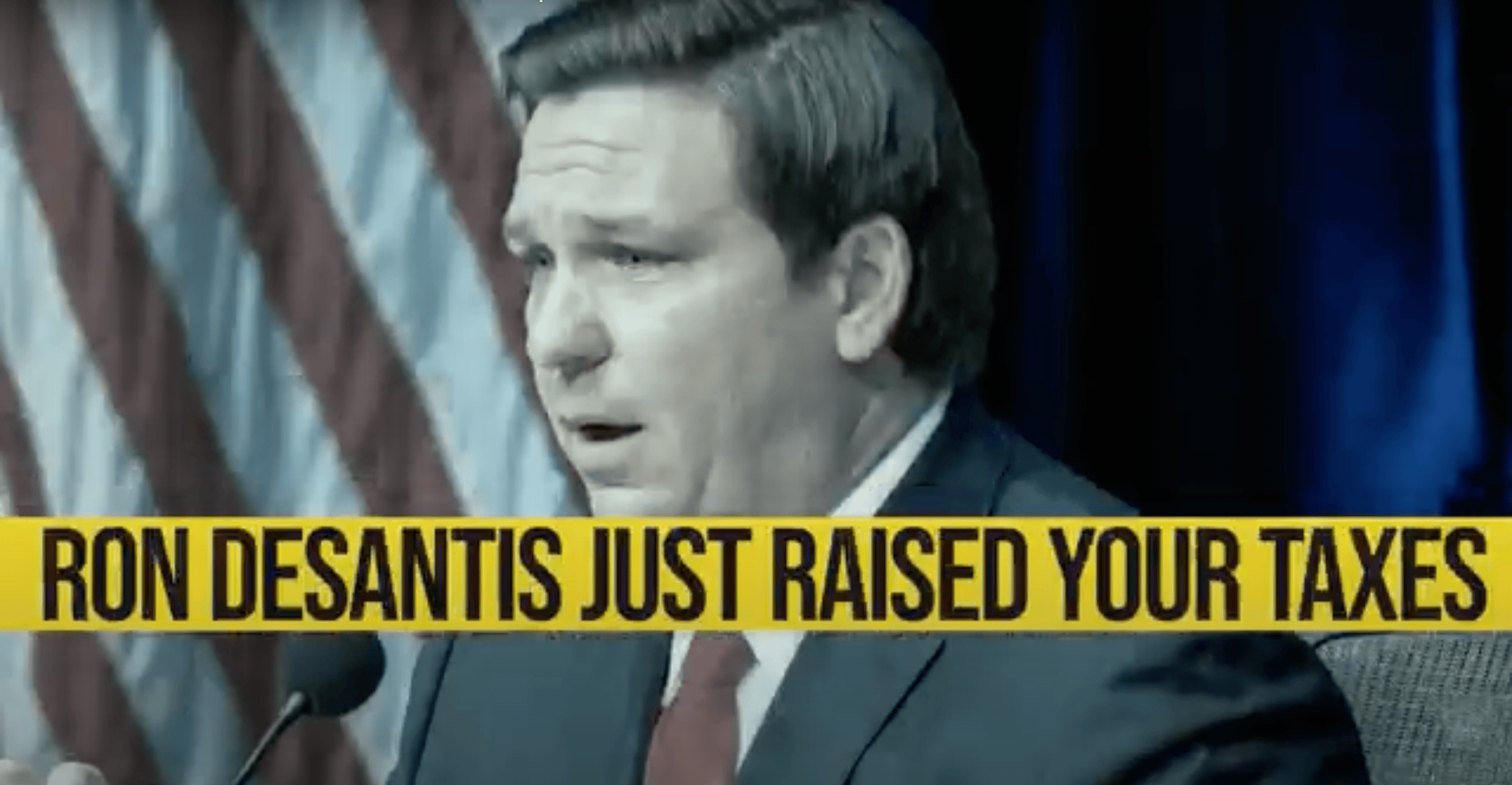 TALLAHASSEE — Today, Florida Watch launched a new online ad to make sure Floridians know that during the recently concluded Legislative Session, Republican legislators passed what will amount to an estimated $1 billion annual tax increase on online purchases and that Gov. DeSantis signed the massive tax increase into law in the middle of the night.

“The bottom line is that DeSantis and Republicans raised your taxes to the tune of $1 billion a year so they could give even more kickbacks to their corporate donors,” said Josh Weierbach, Executive Director of Florida Watch. “They couldn’t be bothered to use billions in aid from the Biden Administration, provide more Floridians with health coverage during a pandemic or fix our broken unemployment system. But they did find time to raise your taxes.”

This will be Florida’s first tax increase in a decade, a $1 billion increase every year. Instead of using this new tax to benefit the everyday Floridians who will pay it, to address issues including education, housing and health care, the funds will be used to create a new welfare program for the Florida GOP’s corporate donors.

Republicans have left hundreds of thousands of Floridians uninsured while prioritizing tax breaks for their biggest donors. Meanwhile, Biden and Democrats have sent almost every Floridian a $1,400 check and provided vaccines for every adult in our state, putting us on the road to recovery.

“He [DeSantis] is implementing a regressive tax, meaning that it’s a tax that everyone has to pay into regardless of what their income is,” said Ana Kasparian from the Young Turks whose coverage appears in the video. She went on to say, “he gave businesses a tax cut while increasing taxes on consumers in the state.”

“Florida Republicans rigged the system to increase our taxes so their donors and big corporations can avoid paying their share,” said Mark Ferrulo, Executive Director of Progress Florida. “Floridians deserve a level playing field: an economy with a living wage for every worker, a marketplace where small businesses and innovation can thrive, and a state where everyone has a fair shot at the American Dream.”