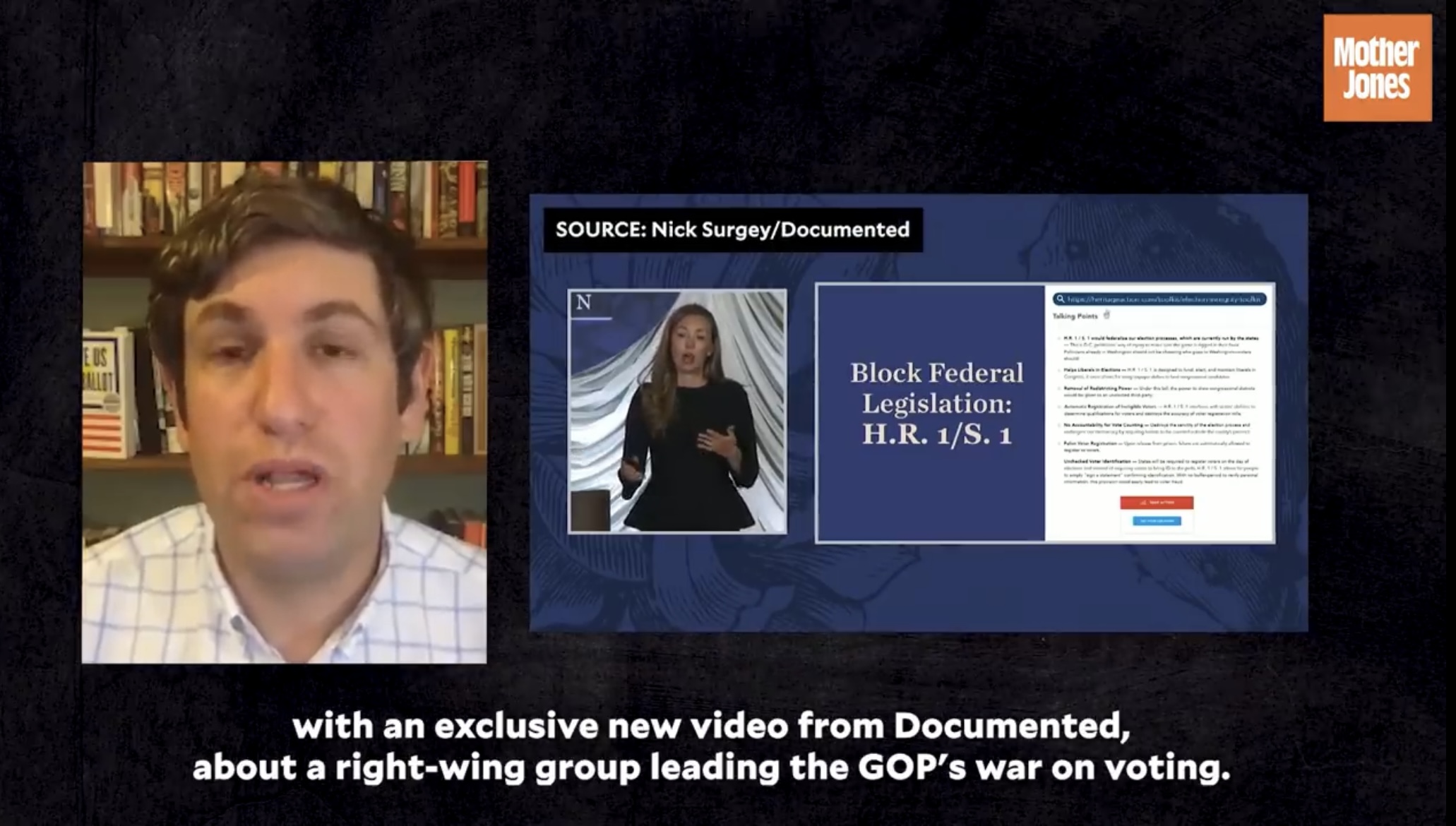 Contact: Damien Filer / 850-212-1858 / Damien@ProgressFlorida.org “We are going to take the fierce fire that is in every single one of our bellies, to right the wrongs of November.”– Jessica Anderson, Executive Director, Heritage Action for America.

TALLAHASSEE – A leaked video shows Heritage Action for America’s Executive Director, Jessica Anderson, bragging to large donors about a coordinated effort to draft, lobby for and ultimately pass bills to make it harder to vote in battleground states across the country, including Florida. “We did it quickly and we did it quietly,” she said.

In the 2020 elections, more Floridians cast ballots than ever before, setting a new record for turnout in the state. The 2020 election in Florida was widely regarded as the smoothest and best administered election in modern history, lauded by officials from across the political spectrum as a model for the nation. And yet, Florida Republicans made sweeping changes to our election laws. Now we know this was part of a nationally coordinated scheme.

“Gov. DeSantis and his Republican allies in the Florida Legislature embarked on a cynical, overtly partisan and nationally coordinated plan to make it harder to vote,” said Brad Ashwell, Florida State Director for All Voting Is Local. “Let’s be clear. Senate Bill 90, which was just passed by the Republican Legislature and signed into law by the governor, will make it harder to vote in order to silence the voices that Ron DeSantis doesn’t want heard when he is up for reelection next year.”

“Most of us, no matter our color, origin, or gender, want America to be a place where freedom is for everyone, we all have an equal say, and we can trust in the integrity of our elections,” said Tess Martin, Deputy Director of Florida Watch. “But we are facing a coordinated effort to silence many of our voices based on what we look like or where we live.”

“No matter our race, background or zip code, we know that for democracy to work for all of us, it must include us all,” said Corryn Freeman, Florida For All . “We have to stand together to ensure every eligible Floridian and American has the freedom to vote so we can make the promise of our democracy real for us all.”  ###